Though the artist who created this painting thought she was painting the real Tony Clifton, it’s actually me as Tony Clifton from an early 2000s photo shoot. I love this kind of stuff! Here’s their painting, and the original picture upon which it’s based. 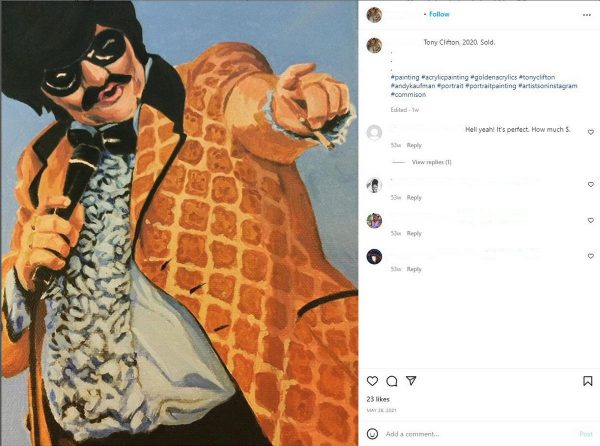 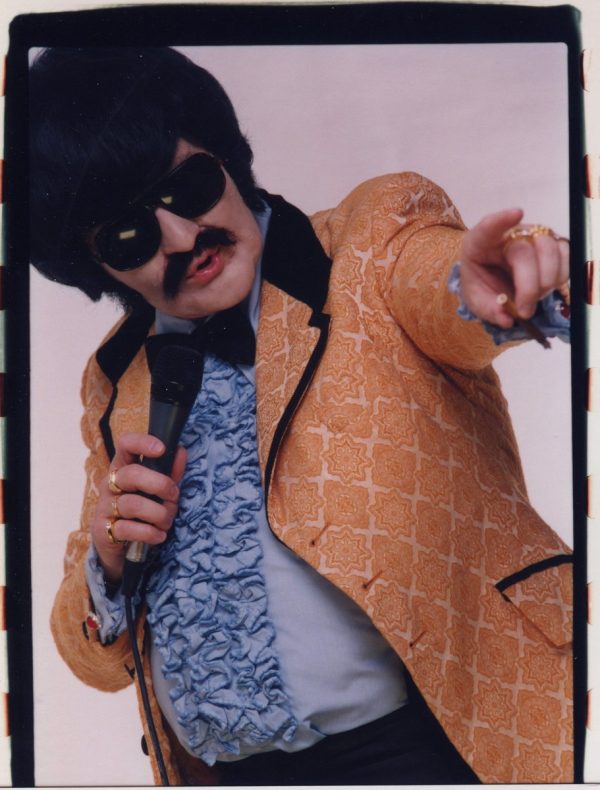 This song is so beautiful it almost brings me to tears each time I hear it. It’s from the Bombay Dub Orchestra and it’s called “To the Shore.” One of my favorite “tranquility” tunes!

Monday the 6th – NEW/OLD AGENT! – It sure felt good to sleep late after the whirlwind weekend at Monsterpalooza! What a great weekend! I spent some time organizing and editing photos and videos from the weekend. I relaxed a bit, and then contacted my old pals Wes Stevens and Tom Lawless at Vox, Inc. to see if they wanted to represent me for Voice Over going forward. I’ve known these guys for over 20 years, and at one point they were my agents at a company called Talent Group, Inc. The meeting I had with them last week felt really good, and I think it’ll be a great working relationship heading into the future. I’m very excited! They get me, and I get them! After pondering and speaking with a few other agencies, I realized that Vox, Inc. was the perfect fit. I grabbed a short nap, and then got up later to do my nightly auditions. I already had a few from Vox! That’s fast! I typed out Wally’s Week and made a salad so I could watch an episode of “Circle of Fear” before bed. I think it’s going to take a few days to recuperate!

Tuesday the 7th – WUB! WUB! WUB! WUB! – For a few weeks now I’ve had a real subtle ‘wub wub wub’ sound in my right rear wheel well on my Mustang. I called Mike over at Burbank Auto Doctor to see about getting it looked at. I drove over to my mailbox to pick up my packages, sent off a few autographed pictures, and got a salad at Paty’s. I got home and did a few auditions, and then grabbed a short nap. Later I had more auditions to record, and I started organizing for upcoming trips I’ll be taking; including a trip to my hometown of Sioux Falls, South Dakota for the Voices Against Cancer event on July 9th!

Wednesday the 8th – HEATIN’ UP! – It sure was great seeing Edi and Elliot Lurie again for lunch at Lancers! Then we went over to Hobby Lobby to do a little shopping. Then I headed home. My A/V guy Brandon came by to make a couple of tweaks on my master remote control in the Tranquility Zone. Then my pal Amanda arrived and we headed over to Bob’s Big Boy for dinner. When I got back home I took a nap and did some more auditions.

Thursday the 9th – CLEANING, CHECKING THE CHOPPERS! – Though my semi-annual dentist appointment wasn’t scheduled until later, my dentist’s nurse called to ask if I could come a little earlier. I was just waiting around, so I jumped at the chance. It would help me make some of my later commitments more easily. I got checked and cleaned and all is well. I drove by the Burbank Auto Doctor to talk about the odd sound in my Mustang, and I’ll probably take it in next week to have it looked at. I got a package at my mailbox and headed home to meet with Roxy’s groomer. Her bath was loooong overdue, and she was a very stinky girl. After my doggie got washed, we took a nap and I got up later for my nightly auditions. My new agent is working out great, and my auditions have already increased about 500% over what my old agent was offering. It was a GREAT move! The change was long overdue. I drove to Denny’s to pick up my usual order to-go, and watched an episode of “Circle of Fear” which starred John Astin and Patty Duke Astin. It was GREAT!

Friday the 10th – KYOCERA KRAZINESS! – The new phone I got last November is made by Kyocera; a durable Japanese phone that seemed to be perfect for me. But the phone is a little glitchy, and I had a few problems with it. After I delete a new voicemail message, the phone still posts the notification that I have a new voicemail message. The notification that I have a new text works well, unless I get several new texts around the same time. If I read just one of the many texts, the notification goes away. Unlike my old phone, which told me how many unread messages I still had. If I read one text and delete it, the notification will go away. So other texts that came in around the same time could sit there unread for a long time. I got burned on that several times. That programming is a little weird. But most frustrating is the fact that the phone will delete my playlists willy nilly. I’ll work hard on assembling a playlist of music, and when I go to access it after a couple weeks, it’s not there. This has happened several times, and it’s very time consuming to make a new playlist. I kept calling and calling the help number. The first time I got on with Verizon instead, and when she transferred me to Kyocera I got cut off. I kept calling and calling, but would never get anybody. Sometimes the call would just end with no explanation. But I finally got somebody on the phone. Unfortunately, aside from reporting the glitches to upper management, they didn’t have any fixes or known work-arounds for those issues. L.A. would be enjoying a heat wave through the weekend, so I stayed inside and did more work. The maids arrived, but when they left I noticed the strong smell of the bleach-based cleaning they used. I turned on the ventilation fans in the bathrooms and opened some windows. Because the maids wear face masks, they can’t really smell the excessive bleach odors when they clean. Trouble! I’m so happy that Roxy is doing so well at the age of 14. She’s eating well, walking pretty well, and her potty outings are successful. I took a nap and then got up later to do some things around the house. I ordered a Domino’s pizza, but I noticed that the bleach fumes were still fairly strong; mostly in the upper rooms. Luckily Roxy and Spook spend most of their time downstairs where the fumes were less. I worked around the house, but I was starting to feel irritation in my nose (which started running and causing me to sneeze), my upper throat, and my eyes (which were watering.) I also had an aching head. I called the maid service to ask them to go easy on the bleach-based products from now on.

Saturday the 11th – ROOSEVELT FRANKLIN; YOU’RE ON! – After a “quick” stop at McDonald’s for some lunch, I headed over to MUD (the Make-Up Designory) to meet up with my pal Scott Sebring, who was there doing a photo shoot for a workshop. He told me to bring Roosevelt Franklin (my most recently completed Muppet replica) over to the studio to get some photos and video. It was a lot of fun and we got some great stuff. Then I got a few groceries for the weekend, stopped by the cleaners to pick up my dry cleaning, and stopped by my mailbox to get my mail. It was another hot day and it was good to get back home. I was still having issues with watery eyes and a runny nose from the bleach fumes, even though they’ve dissipated. Later I edited the pictures and video of Roosevelt Franklin and posted them. I did some accounting work in my bank accounts, paid some bills, and tweaked the text for the Roosevelt Franklin page for my new Muppet Replica Resource page on my website. I finally decided to go through all of the jeans I had in my closet to get rid of the ones I no longer use. I pulled out 11 pairs of jeans which I’ll donate to my church or Goodwill. Roxy and I took a really nice late night stroll through the neighborhood, and when I took her back inside I brought a comfy chair outside to watch the moon set behind the horizon. I sat outside getting some fresh air for quite a while, just meditating and thinking. It was really nice, quiet and cool! I went inside and made my usual Saturday night Super Saint Salad and watched another episode of “The Saint” before bed. The bleach issues were still prevalent and actually getting worse. My body is definitely trying to purge the effects of the fumes.

Sunday the 12th – BLEACH? BLECH! – When I woke up later in the day my nose was running, my eyes were still watering, and I was having some body aches – all symptoms of bleach inhalation. Luckily the irritated throat was subsiding a bit, but my nose was giving me a hard time! To go get some exercise and fresh air I walked to Roxy’s vet’s office to pick up a refill of her medication. I napped again for a bit, and while I slept something occurred to me. Down on the bottom of my computer screen I’ll get intermittent weather notifications – like temps, conditions, alerts, etc. I remembered seeing the words “high pollen count” all weekend during the heatwave. Add allergies to the bleach fume poisoning, and it’s no wonder I’ve been having a rough weekend! I took some Sinex nose spray, a Xyzal, and Advil and then rested. I did my auditions later and while I still sounded good, I could definitely hear the “nasally” quality in my reads. I’m sneezing a lot, which could be allergies combined with the bleach fume issue. I emailed a voice director I was scheduled to work with on Monday and told him I think we needed to reschedule our Monday session. Changes must be made the next time the maids arrive. It’s odd that I’ve never had that problem before, but because of employee problems it’s usually different cleaners each time. 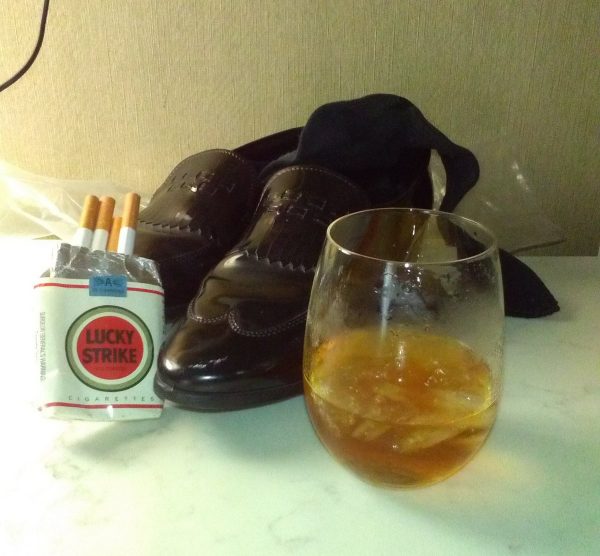 As I sat in my hotel room a week ago last Saturday night, waiting to be transformed into Tony Clifton, I snapped this shot. Yup, Clifton’s back in town! 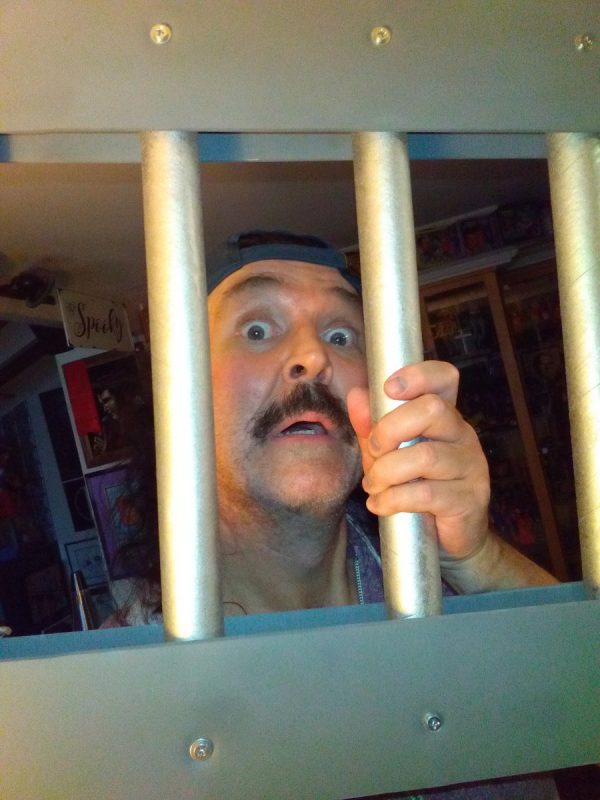 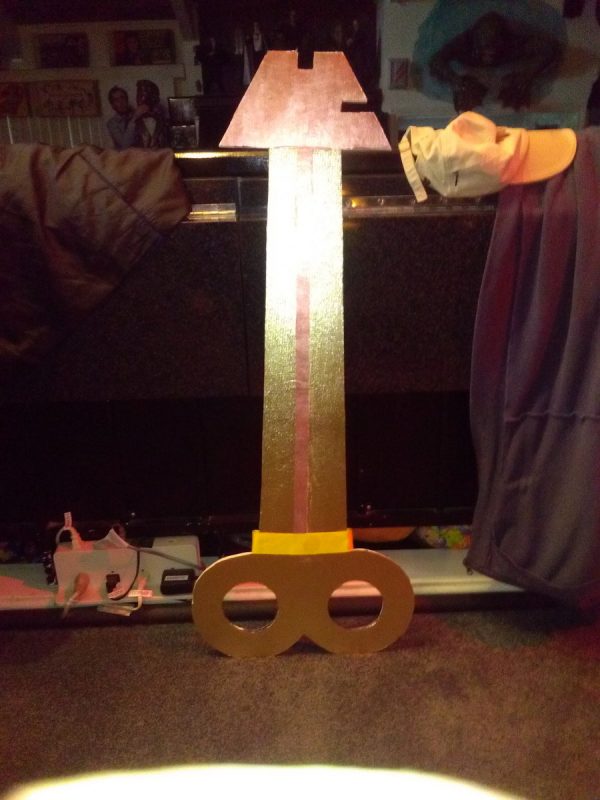 And this is the “keynis” – which I also fabricated for the Clifton bit. 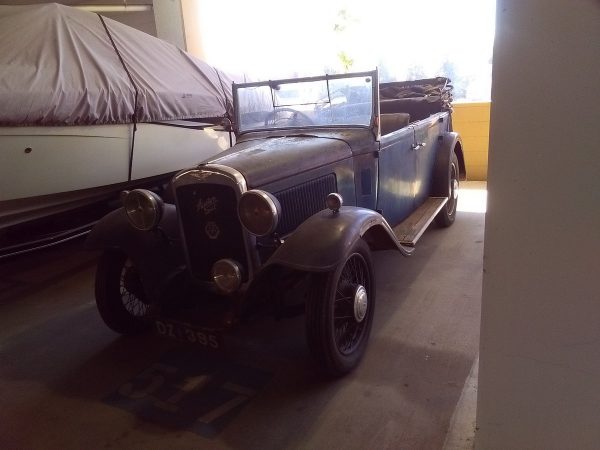 This lovely old girl sits in the auxiliary garage where I rent space for my Gran Torino. LOVELY! 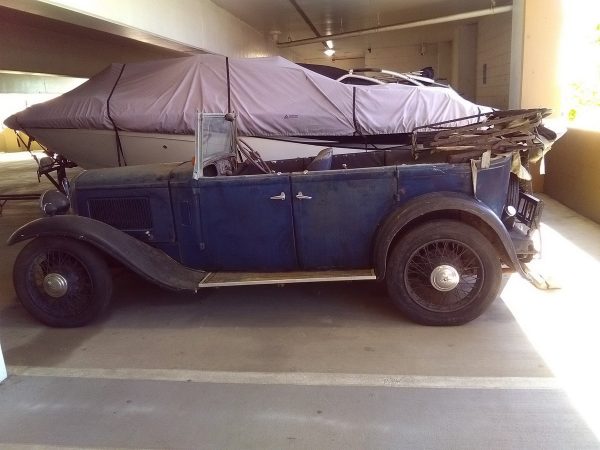 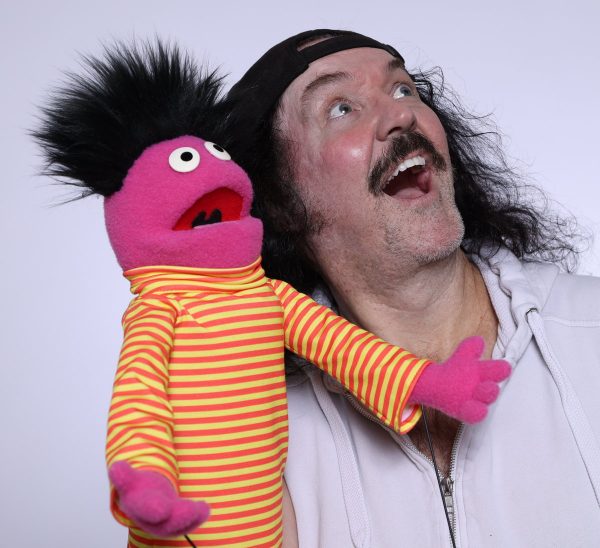 I think you’ll like the new Roosevelt Franklin page on my Muppet Replica Resource page! Check it out. Roosevelt and I both love it!