I was sent this picture earlier in the week by my pal Edi. It’s a shot of her dog Bunny (when I was doing some dog sitting) and Roxy when the old gals were much younger. We’re having fun watching TV in the Tranquility Zone, enjoying treats. Good times. 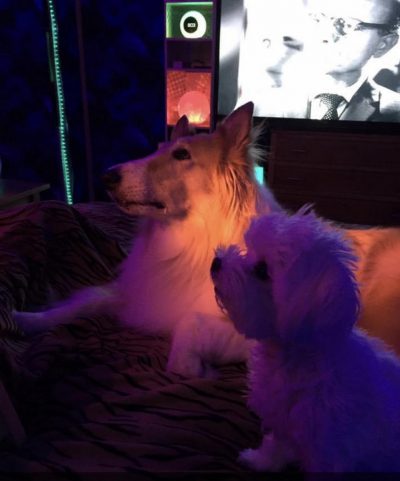 This week it’s a two-fer, as I’ve been rediscovering the amazing music of Al Stewart. His lyrics have always been poetic masterpieces, but this past week I’ve been especially taken by “Time Passages” and “The Year of the Cat.” The guy sure knows how to paint a picture with his gorgeous lyrics!

The Year of the Cat

Monday the 18th – CATCHING UP AFTER IT ALL! – The new blinds I had installed in the kitchen were coming undone, so I called the vendor who provided them and had them send out a tech. He said the head of a screw on the bracket had come off, and after about a 5 minute fix they were as good as new. I had gotten up fairly early to meet with him, and I was still fairly tired (given the previous two weeks’ worth of activity) so I went back to bed. I got up later to do some work around the house, and then I had a telemedicine appointment with my doctor to get some medications refilled, and then took an evening nap. I got up later in the night to do a ton of auditions. This week looks like it will be catching up on rest.

Tuesday the 19th – THANK GOD FOR BLU RAY! – After relaxing most of the day, I did some work on a little video we’re doing with my Muppet replicas for a young girl with cancer. I hit Lancers with my pal Sara to catch up on things. I hit Hobby Lobby quickly to pick up a few items and look around. It was really nice looking forward to having some days to myself. I mailed off some bills, and then went to my box to pick up my packages. I got in the new embroidered patches I had made which feature the likenesses of four of my Christoween characters. I’m getting them ready for the new Christoween season which will start October 2nd. They turned out so well I’m going to have some other characters made too! I got back to relax with the pets, and later I got up to record auditions. That night I made some barbecues and watched another episode of “The Incredible Hulk” from the 70’s. The guest star was Loni Anderson, who was wearing a very sheer robe with nothing underneath! When they shot this in the 70’s they never dreamed anyone watching would see anything, because the resolution of the picture at the time wouldn’t allow for it. But now…on BLU RAY…you could see most everything. WOW! Good, solid Minnesota gal!

Wednesday the 20th – GARAGE GROOVE! – Shortly after noon I woke up, took Roxy out to enjoy the sun, did some work, and headed back to bed. Later I got up to enjoy dinner with my pals Scott and Vickie Sebring at Paty’s, and I hit Baskin-Robbins on the way home. When I pulled into the garage I got the sudden bug to do a little work. So I organized some boxes, consolidated some stuff and then went inside. The hot day had given way to a fairly cool evening so I opened all the windows in the house. It was a very nice evening. I took a nap, did some auditions later, and worked a bit on my computer.

Thursday the 21st – THOSE LAZY, CRAZY, HAZY DAYS OF SUMMER! – Upon checking my phone when I awakened I saw I had a message from my “adopted grandma’s” daughter. I checked the voicemail but there was nothing on the message. Uh oh. I feared the worst. Shirley’s now 95 and things like that always freak me out. But I called her back and she was calm and reserved and said everything was OK. Everything, except the fact that Shirley tested positive for the Wu Flu. It’s weird, given that Shirley hasn’t left her room in a long time and has been doing all of the things she was supposed to do to prevent this. But the test came up positive anyway. I called Shirley and she said she felt fine and was just going to continue her isolation. Later in the evening I noticed that my 14 year old dog Roxy was looking very perky. She looked like she had some energy to burn so I took her out to enjoy the evening on a long walk. I got back inside to do some work, and decided to go to Jersey Mike’s to pick up a sandwich. I ate, grabbed a nap, and later did my nightly auditions. It truly was a clear, gorgeous night. I found a nice, dark spot in my area and took a chair out to stare at the sky and reflect, ponder, pray, meditate, think, plan and scheme. There were some stars in the sky, but I had a lot of fun looking at the “moving stars;” airplanes high in the sky that were traveling to God knows where in the middle of the night. I wished there was an app where you could point your device to the flight and it would tell you the flight number and where it was headed. Every time I saw a star that moved, I realized it was a plane, sent up a quick prayer for its safe arrival and relaxed some more, and even saw a shooting star. It was fun spending time under the starry sky on a summer night. I came inside to make a salad and watch another episode of “The Incredible Hulk.”

Friday the 22nd – CLEANLINESS IS NEXT TO…! – The maids arrived early in the afternoon, cleaned Planet Wallywood, and then I headed out to the post office to mail off a set of my new Christoween patches to my attorney. I picked up some packages at my mailbox and then went to Paty’s to enjoy a salad on the patio. I got a few grocery supplies and then headed home to prepare for an important video shoot with my Kermit the Frog replica that we’re doing on Saturday!

Saturday the 23rd – HI HO HOLLYWOOD AND HIGHLAND! – The day started very early, and my pals Officer Mark and Chris came over so we could drive to Hollywood. We got parked in Hollywood and Highland and then went up to Icons of Darkness to shoot some video for a little girl in South Dakota who has cancer and loves Kermit, dinosaurs and superheroes. So Kermit took her through a quick video tour showing her some of the original dinosaurs used in the “Jurassic Park” movies, and some great costumes from some of the popular superhero movies. We did a fun 2 hour shoot before they opened to the public, and then we went upstairs to eat lunch at Johnny Rockets. We came back to Planet Wallywood to look at some of the video footage we shot, and for quick, guerilla-style filming we got some darn good stuff! It helped that my pals are familiar with how to shoot puppets on video. I walked to my stylist to get a touch-up on my color, and was so tired I fell asleep in the chair! I came home, napped for a bit, and got up later to replace a bulb in one of my track lighting systems in my living room. But once I got up there I realized that it was the fixture itself that had gone bad…after about 20 years of having that system in place. The weight of the fixture pulls on the inner wiring. It’s really not a very good design, but I guess it’s now time to go to all LED track lighting for my displays. I noticed the nice lighting they had at Icons of Darkness when I was there earlier, so perhaps I’ll go with something like that and get rid of the old Halogen system I have. While I had the big ladder out I took the opportunity to dust off some of the costumes that are on display and do some other house cleaning things. Later I made my traditional Saturday Night Super Saint Salad and watched an episode of “The Saint,” which I believe is the final episode of the second season. I love that show!

Sunday the 24th – BRITTNEY, BARONE’S, AND BANKING! – My friend Brittney came by so we could drive to Barone’s to get some dinner. When I got home I grabbed a quick nap, and scanned some checks to take to the bank this week for deposit. I did some other work, prepped for the new week, and edited together the Kermit the Frog segments to get them ready to edit into the finished piece. We had recorded my microphone’s audio on a separate system (so it would sound clean) and I married that audio with the video clips we had. For a quick little production, it’s turning out pretty sweet! We have some other segments to film next weekend and then we can start putting everything together and send it to the little gal in South Dakota.

Here’s a shot of the 2 inch embroidered patches of four of my Christoween characters; The Creature of the Deep, Frankie, the Bride, and Donny Druthers. 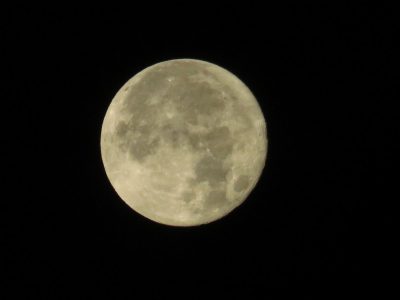 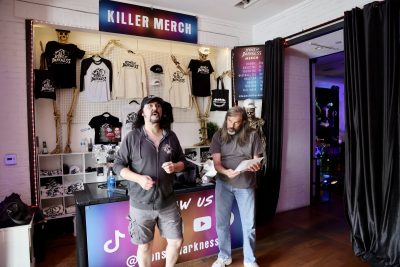 Our host Pat looks amazing perky for so early in the morning! 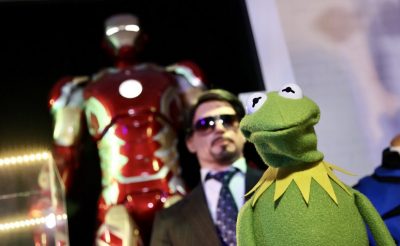 Whattaya say?! I think Kermie needs to join the Avengers! 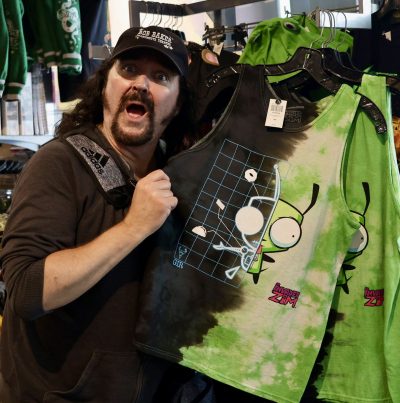 GIR?! Why does it always have to be GIR?! I stop into Hot Topic to see if they have any new “Invader Zim” merchandise, but they never seem to have MY character on any cool clothes.