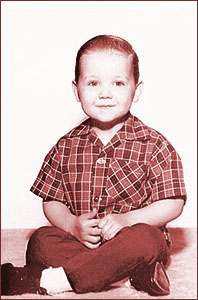 Born in Des Moines, Iowa and reared in the Great Plains of South Dakota, Wally developed a love for performing at an early age. From elementary school through High School, he kept busy writing, perfecting impersonations and developing a repertoire of characters and voices. Wally became a regular in school plays and while also perfecting his talents as a puppeteer.

At the age of 16 he entered the only field his Midwestern surroundings could offer in regard to financially capitalizing upon his abilities…radio. While DJing, Wally kept his hand at other performing interests; singing, acting, puppeteering and writing. Unfortunately, in South Dakota, making a decent living from performing was a virtual impossibility. So in 1987 Wally moved to Los Angeles. 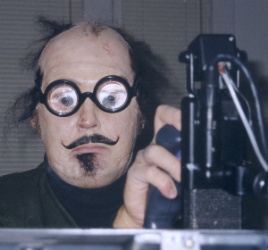 During his days in radio, submitting a string of parody songs to the syndicated “Dr. Demento Show” would pay off, because through the help of the good Dr. himself, Wally was hired at Westwood One Radio Network. On weekends he also worked at a jazz station called 94.7 The Wave. 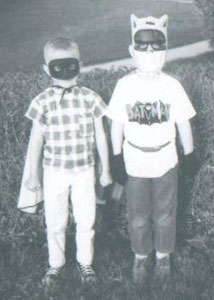 In 1989 Batmania swept the nation with anticipation of a new Batman film from Warner Brothers. When Adam West, Wally’s childhood hero was not re-cast as the title character in the film, he spoke out the best way he knew. Comedy. The song “Adam West&quot was a parody of the number one dance song “Wild Wild West”, and wove a humorous tale of a disgruntled Bat-Fan whose hero was overlooked for the big screen version of the comic book icon. The song immediately went number one on “The Dr. Demento Show,” and was in demand by radio stations all over the world. Wally and his “protest” song were featured on a segment of “A Current Affair” and in a “Rolling Stone” article.

1989 continued to be a pivotal year for Wally as he left Westwood One to take a full-time position as air personality at The Wave. After five years he left the station to pursue aspirations in acting, singing and the field of voice-over. 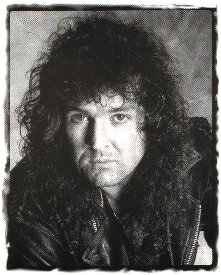 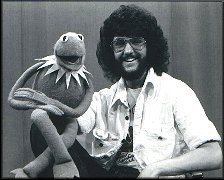 Wally’s childhood puppeteering experience helped land him an episodic role on CBS-TV’s “Murphy Brown”  in mid 1993. His performance as the irrepressible Kelbo was one of the most-seen “Murphy Brown” clips ever. All that time spent studying the Muppets’ characteristics, movements and voices during his childhood resulted in him landing a much-coveted SAG (Screen Actor’s Guild) union card. 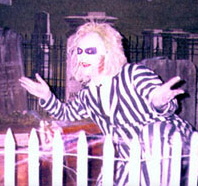 Universal Studios Hollywood to portray Beetlejuice in the live stage-show Beetlejuice’s Graveyard Revue,” a job he enjoyed for four years. It was about this time that Wally got voice-work in such films as “Batman and Robin,” TV shows like “The Fresh Prince,” and animated shows like Nickelodeon’s “Angry Beavers.” Today, his body of work has become so vast he’s considered one of the top talents in the voice-over industry. And his resume proves it.

With appearances on shows like “Family Guy,” “King of the Hill,” “The Simpsons,” “Invader Zim,” “The Garfield Show,” “Avengers: Earth’s Mightiest Heroes,” “Bleach,” “Tiger and Bunny,” Scooby Doo 2: Monsters Unleashed,” “Astro Boy,” Harvey Birdman: Attorney at Law,” “Rugrats,” “Transformers; Robots in Disguise,” and many other TV shows, movies and videogames, his vocal and acting abilities are constantly in demand. 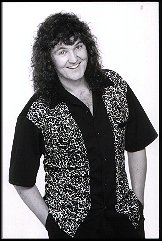 His on-camera TV appearances include “Just Shoot Me,” “The Martin Short Show,” “The E! True Hollywood Story,” “Vicki!,” and an appearance on NBC-TV’s “Saved By The Bell; The New Class” as “Daffy” Don Lewis. In film, he’s appeared in “The Bogus Witch Project,” “Crime And Passion,” “Brotha’Hood,” and he put in a critically acclaimed performance as Jesus Christ in the award-winning short “Art Of The Deal.”

In his on-camera endeavors, Wally is a man of 1000 faces. Drawing on his fascination with  Lon Chaney Sr.’s groundbreaking make-up techniques, he utilizes prosthetics, wigs and a wide range of physicalities to make his characters vastly 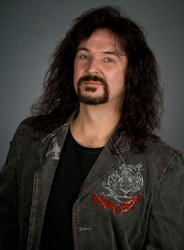 different from one another. It is in tribute to his work that Wally designed a room in his home called The Chaney Room; an area specifically devoted to costuming and make-up.

Wally and his company 4-i’s Productions developed several live-action TV projects with Producer Ken Dennis, former Producer of “Family Guy.” They include “Uncle Davver’s Really Scary Movie Show” – a horror movie equivalent of “Mystery Science Theatre 3000” that uses a variety of improvisation and comedy writers to poke fun at classic horror films, and “Livin’ On A Prayer”- a fake reality show about an 80’s cover-band who think that, since the 80’s are now a large part of contemporary popular culture, the timing could be right for their shot at fame and fortune. 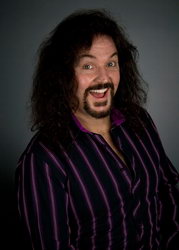 At the beginning of 2000 Wally started a three year engagement as the voice of PAX-TV, a family-friendly TV network. In the fall of 2009 he was hired as the show voice for the experimental “Jay Leno Show,” seen five nights a week on NBC. When Leno was placed back in control of “The Tonight Show” in the spring of 2010, Wally went along with him and became only the seventh full-time voice of “The Tonight Show” in the show’s long history. To this day he’s the only “Tonight Show” voice to perform the job exclusively in a voice-over capacity.

Wally’s lifetime love of the Batman franchise came full circle in 2010 when he was cast as The Caped Crusader’s arch nemesis The Riddler. Wally portrayed the character in four videogames in the “Arkham” series and his performances never failed to draw rave reviews from the fans of the genre.

Wally’s hobbies include collecting animation art and autographs, drawing, costuming, collectible toys, rock and roll and beautiful women (not necessarily in that order). He has been active in several charities including the First Christian Church of North Hollywood, Christian Broadcast Network, the Los Angeles Mission, the Union Rescue Mission, the San Fernando Valley Rescue Mission, AIDS Project Los Angeles, the Ronald McDonald House, the Jaycees, Special Olympics, Feed the Children, and numerous others.

In his off-time he loves to spend time stargazing in the beautiful desert nights of Palm Springs, California.