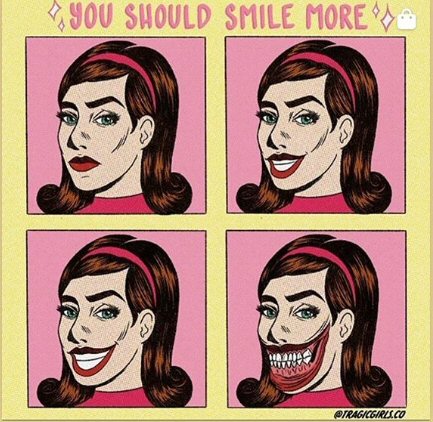 Ever since we watched “Rocketman” at movie night I’ve been humming a variety of Elton John songs. “Daniel” has always been one of my favorites.

Monday the 18th – WONDERFUL WALK! – Under a warm sun, and on a gorgeous day, I walked Roxy over to the groomer’s for a bath. Then I strolled over to GNC to get some supplements, I picked up a few cigars, and then went over to Panera to have lunch with my friends Edi and Elliot Lurie. On the way home I stopped at the hardware store to pick up a few items, picked up Roxy at the groomer’s, and then went home to rest. I met with my pal Brittney at 7 to do some work, and then grabbed a nap. I got up later to do my nightly auditions, typed out Wally’s Week (a whole TWO weeks’ worth), which took me all night to do, and then I made some soup and went to bed. Whew!

Tuesday the 19th – SECRET SESSION, BACK AGAIN! – I hit Taco Bell for lunch, and then went over to Bang Zoom to do another one of our “secret sessions.” I’ve been doing these secret sessions for about five years now, and it’s an ongoing thing that I simply can’t ever talk about. Maybe someday. But they’re normally 3 hour sessions that go pretty smoothly. After the session I hit my mailbox to get my packages, and then went home, fed the kids and napped on the couch. I got up later to do my nightly auditions, and then started working on ‘The Cursed Recorder #12!” If you remember from last week, I’m busy transferring 95 audio files from a personal recorder that I use for my personal log. These files will be passed down through generations so that anyone who cares will be able to listen to stories, anecdotes, historical recollections, thoughts, feelings, etc. from their great grandpa Wally. Normally, as was the case with the past 11 recorders I’ve filled, I would just plug a patch cord into the recorder and my computer and the files would transfer in about 20 minutes. But on ‘The Cursed Recorder #12’ there was some sort of corruption that prevented this from happening. So in order to transfer the files on the internal memory I have to plug a cord into the headphone jack of the cursed recorder, and put the other end into the recording program of my computer. Then I transfer them in real time; ie – if the file is an hour and 10 minutes long, I have to sit there for an hour and 10 minutes and babysit it. Then I stop the recording program, edit it, label it and archive it. Things went well with the first 28 files, but then my life got even MORE complicated. ‘The Cursed Recorder #12’ decided to just arbitrarily STOP in random places during the transfer. This meant that I would have to stop the recording program, mark the timeline, back up to that same point on the digital recorder, and restart it. Then I would have to edit it together later. Sometimes ‘The Cursed Recorder #12’ would stop five or six times DURING THE TRANSFER OF ONE FILE which really slowed me down on this project! Now I have to slog through about 60 files with this problem. I may actually get it all finished by the year 2022! It just never ends. As convenient as some technology is, when things go wrong, it’s a real pain in the head! I will never, EVER record on the internal memory of these things again. Too easily corruptible. Recording on external memory is MUCH better because you can always remove it. What a drag.

Wednesday the 20th – THE EYES OF A GROUCH! – Most of the night I spent working on ‘The Cursed Recorder #12’ – so I only got about 3 hours of sleep before I had to be at a lunch meeting with my friend Tuesday and her mom, and Edi and Elliot Lurie. It was a fun lunch! Tuesday’s dad wrote a ton of great songs, including “The Wonder of You” which was recorded by Elvis. Elliot and Tuesday’s mom had a lot to talk about, and had lots of people in common! Tuesday brought her friend Jeff along to lunch, and after we finished eating we went back to Planet Wallywood for a tour. Then I dashed off to Alex in Wonderland to check out the work they had done on my Oscar the Grouch puppet eyes. They looked fantastic and I can’t wait to get working on him again! I had a few changes and suggestions and they’re going to get working on that. I went back home and put the Gran Torino away in my auxiliary garage, got the Mustang back out and went home. It had been raining somewhat, and we were expecting more on the way, so I wanted to put the Torino away for a while. I grabbed a shower and then napped on the couch for a bit. I got up later to do some more wrestling with ‘The Cursed Recorder #12.’ I sure would like to know how this got so corrupted! I hit the hay so I could be up early for a session in West L.A. on Thursday.

Thursday the 21st – SPEAKER SEEKER! – The day started with a drive to West L.A. and a trip through the Taco Bell drive-thru for lunch. I went over to a local Best Buy to purchase a pair of small speakers for my personal log transfer project. This way I’ll be able to monitor what’s going into the recording program of my computer as I’m working. I went to Formosa studios and worked for a few hours with the great Voice Director Jamie Mortellaro on a new videogame. I had a slow drive back home in afternoon L.A. traffic. When I got home I fed the pets, put my new speakers together, and kept on transferring over more log entries from the digital recorder. It’s going to be a long, hard road. I hope my descendants appreciate the work. I napped for a bit, and then got up later to do some auditions. I did some more digital file transfers, and then drove over to Denny’s to get some food to go, and went home to watch an episode of “Police Woman” and eat my dinner.

Friday the 22nd – AMAZING ARTIFACTS! – Right around noon my pal Scott Sebring came over so we could drive over to Profiles in History in Calabasas to look at several items that would be going up for auction in a few weeks. Many of the items that piqued our interest were original props and costumes from the “Batman” TV series of the 60’s. We got to see the original Shakespeare bust used on the show to gain access to the Batcave. We also saw other amazing things that I never thought I’d ever see; things I had been wanting to see close-up since I was a kid! What can’t I be RICH!!!?? After a few amazing hours of tripping down memory lane, we headed back to my house to wait for his wife Vickie to get off work. I did some more dubbing, and then drove to the Coral Café to meet Scott and Vickie for dinner, along with my pal Sara. Then I went home to nap on the couch. I got up to do more work with my personal log entries.

Saturday the 23rd – THAT TIME OF YEAR AGAIN! – At noon I was up and ready to record a group of our church Elders for the church’s website. Each Easter and Christmas, the Elders write up short meditations which are published in a booklet that’s handed out to the church members. Last year it was decided that the Elders would also record their meditations so people could listen to them as well. This year I’ll be recording 26 different messages from the Elders, then send the files to my pal Scott Sebring. My friend Alex Zsolt, the amazing musician and pianist, will send over several tracks from one of his Christmas CDs that we can use in the background. Scott will put the music behind the voice tracks and then send them to the church’s website. After the Elders left I edited and mastered the tracks and sent them to Scott. I edited some more files from my personal log. I’m STILL not sure what’s causing these to just stop intermittently but I sure would love to know! When I’m done accessing all these files from the recorder, it would give me great pleasure to SMASH THIS STUPID THING WITH A HAMMER into a million pieces! It wouldn’t solve anything, but it sure would make me feel better…at least for a little while. I drove over to JoAnn to pick up some stuffing for a gift I’m sending to my pal’s daughter. She loves Rowlf the Dog, so I bought one of those 80’s vintage Rowlf puppets on ebay that I’ll stuff and send to her. I picked up some groceries and then went home to stuff Rowlf and put the groceries away. I cleaned up a bit around the house and got ready for movie night. We watched the recently released Blu Ray of “Man of a Thousand Faces” from 1957 starring James Cagney. It’s the story of Lon Chaney Sr. and it’s pretty fantastic. After everyone left I took a nap on the couch, then spent all night dubbing over more log entries. As morning started to break, I went upstairs to get ready for my normal Saturday night salad and TV ritual. I looked out and saw a small, dead hummingbird lying just outside my bedroom window. The rising sun was beginning to beat down on his little body, and I really didn’t want him lying out in the hot sun all day baking. So I removed the screen on my bedroom window, scooped his body into a little container and took it downstairs and outside to bury it underneath the hedges. I wanted to give him a proper burial. I thanked him for being an integral part of the circle of life and helping out our environment, and then covered his body with dirt. I’m not sure why he died right outside my bedroom window, but my first instinct was that he might have flown into my window at full speed and killed himself accidentally. But even though I looked very carefully, I could NOT see any sort of impact mark on my window. I made my traditional Saturday night Super Salad and watched an episode of “Space 1999” before bed. I got to bed around 2pm, but had to be up at 4pm! Ugh!

Sunday the 24th – A CHILL IN THE AIR! – After just 2 short hours of sleep, I got up at 4 so I could record our Pastor Bob Bock for the Christmas meditations. When we finished up I fed the pets and got cleaned up for evening church. After the service I took my ‘adopted grandma’ Shirley (and Roxy) to Paty’s for dinner on the patio. Even though it was starting to get chilly in the evenings, the patio was nice and warm. I got home and grabbed a nice nap on the couch, and then got up to do more work with ‘The Cursed Recorder #12.’ Little by little I’m going to whip this problem! Then I hit the hay to be up at noon for a lunch meeting on Monday.